Kiev: The Russian army bombarded several major cities including Kiev, the capital of Ukraine, with successive missiles. Many buildings and bridges were blown up. Ukrainians are sheltering in bunkers as war tensions rise again. The conflict between Russia and Ukraine is approaching 8 months. In recent days, the Ukrainian army has advanced in the war. Recovered from Russia in many areas. Also, yesterday, the Ukrainian army destroyed the huge bridge connecting Russia-controlled Crimea and Russia. Thus, Russia had trouble bringing in its weapons. 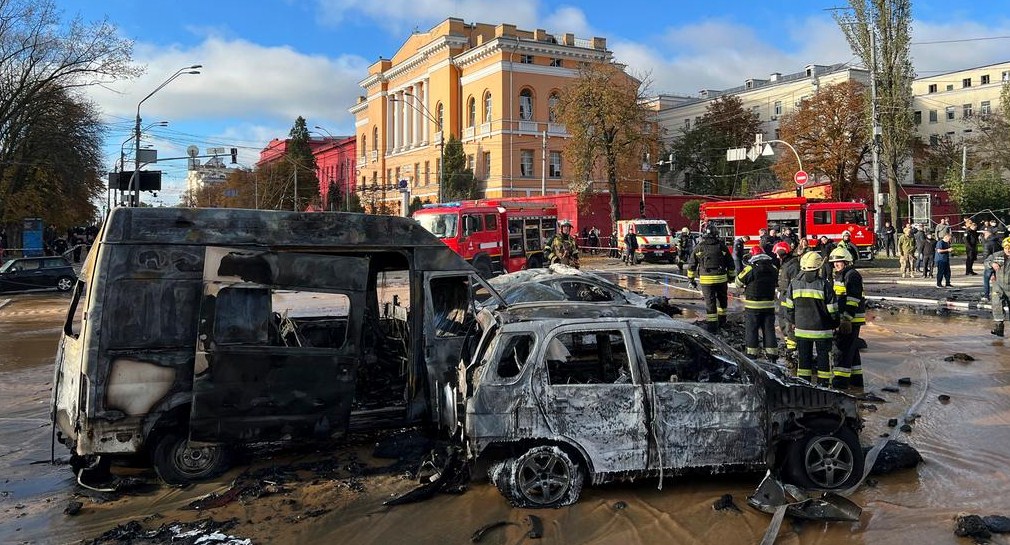 In this situation, Russia suddenly intensified its attack yesterday. There was a barrage of missiles from the air and from the sea. Especially the capital city of Kiev was heavily attacked. In the past few months, the war tension has subsided in cities including Kiev and people are going about their normal work. Russia carried out the attack yesterday morning when many people were going to their offices. The missiles were launched in succession in the Chevchenka district of Kiev. As a result, many government buildings there were blown up. In many places, people were seriously injured and ran for their lives in a pool of blood. Sirens were heard continuously in Kiev.

Apart from this, several cities including Kharkiv, Ternopil, Kemelinistaki, Zhytomyr and Grobyunsky were simultaneously attacked yesterday. It is said that 10 people died and 80 people were injured. Many buildings and bridges have been leveled. Electricity and drinking water services have been disconnected in many places. The attack has once again sent people into bunkers in Kiev. Train services have been suspended and railway stations have turned into shelters. Once again there is a deadly panic among the people of Ukraine.